News 2016
Next Coffee morning Friday 27th January 11am at the club. Hope to see you there. 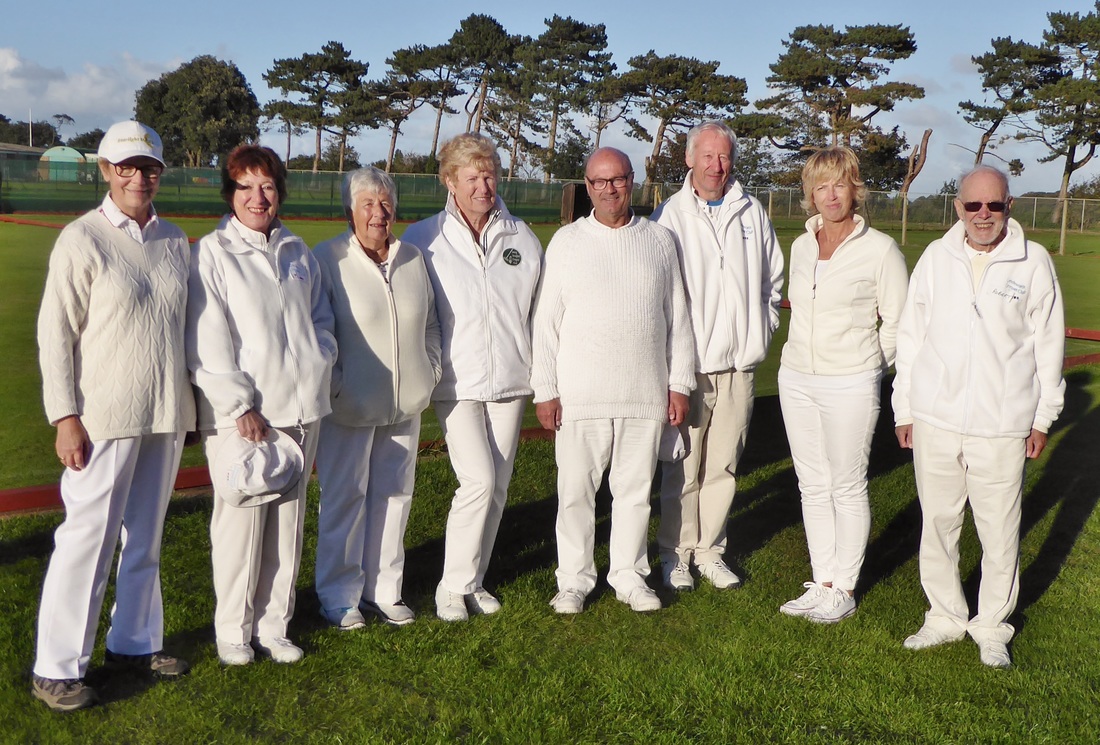 Reds in Nail-biting Final
After 18 games at Hunstanton in the Final of the EACF GC Handicap League the score was 9-9 which necessitated a further match to decide the winner. Unfortunately the Reds lost to Stony Stratford but the hoops scored during the day were 104-102! So close! Congratulations to Robert, Tricia, David C., Graham and Tracy for a wonderful season.
See Match Report for GC Handicap Final 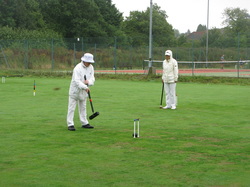 Report on Finals Day by Keith Rhodes (Tournaments Organiser)
The day dawned bright and sunny, and all was set for a great finale to this season's club tournaments . . . oops, sorry, I must have jumped ahead to next year's Finals Day; this year it was somewhat different.   After weeks and weeks of unrelenting sunshine and drought - enough to make a croquet groundsman weep - we had the bad luck of one single day of almost unrelenting drizzle, rain and murk.
However, nothing stops a good Finals Day, so off they went - starting at 9:30am and not stopping for anything until the final hoop was run at 4:30pm.  And although it was advertised as a non-cake event, you can't keep a good cake-maker down as was evidenced as first Jan & Ray brought a feast of fairy cakes, shortly followed by Beryl & John with their renowned welsh cakes.   Others added their offerings to make it more than worthwhile making the effort to support this year's finalists.
And so a great time was had by the more than 20 hardy spectators who turned up during the day to watch some fascinating croquet.   And if you are also interested in who-beat-whom and all that stuff, read on:

Hope to see everyone back next year.
Keith 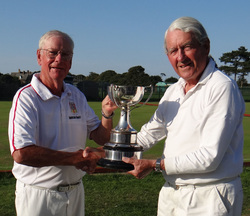 Congratulations to Duncan Hector who won the Hunstanton A Class trophy in August. The trophy was presented to him by Hugh Carlisle. 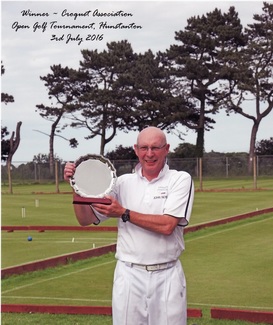 On 3 July, John Noble won all seven of his games to win Hunstanton's inaugural GC Open and take home his first trophy, The Hampson Memorial Shield.  Split into two groups of 6 the top two of each group played in semi-finals: John Noble v Simon Carter & David Widdison v Roger Goldring.  Interestingly both games finished 7-4.  John fought hard to beat Simon Carter, who was on paper the favourite to take the trophy, his superior hoop running proving decisive in the end.  The final, watched by a large and appreciative home crowd, turned out to be an interesting and very tense affair with David Widdison building a commanding 4-1 lead.  However, seeing the game starting to slip away, John, as in his semi-final, suddenly upped his game and ran home the winner 7-4. 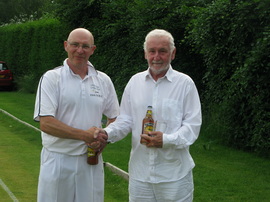 John Noble was Runner-Up in nail-biting final in CA Tournament
John lost to Desmond Taylor at the 19th hoop in an extremely close final of the CA GC Handicap Tournament held at Letchworth on June 10th.
Match Report 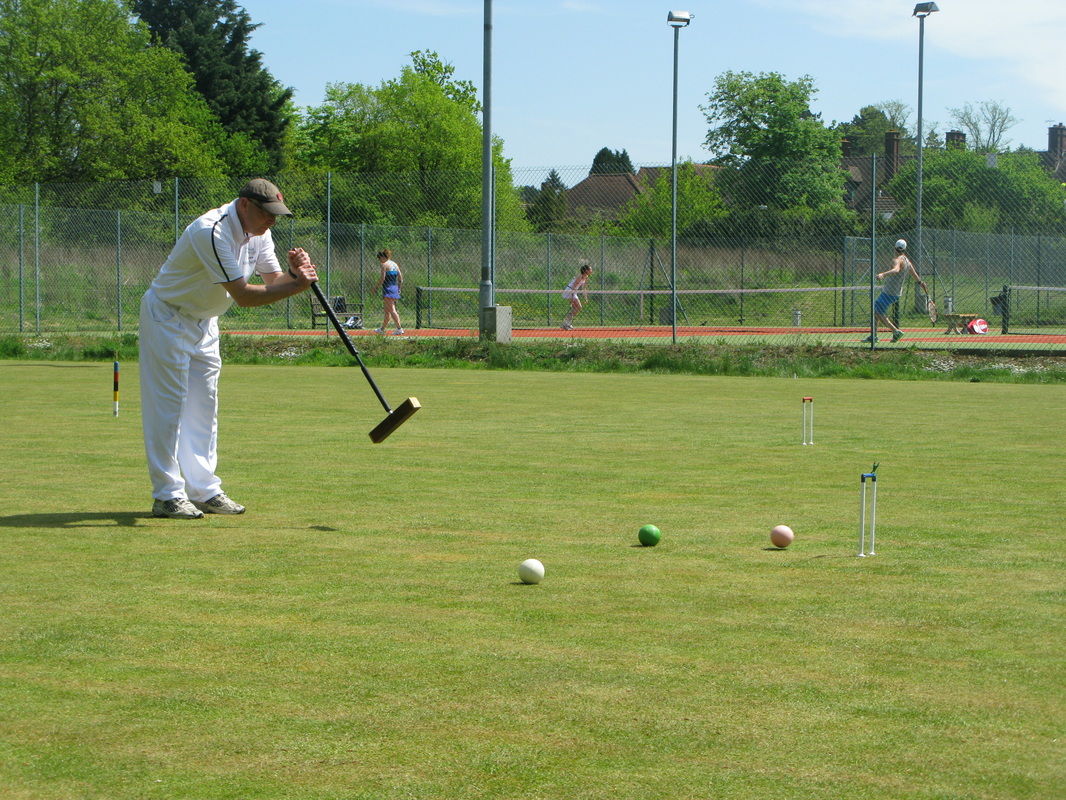 Letchworth’s early-season event is the only 14-point tournament in the CA fixture calendar and, serving up a full 28 games, proved again that it’s a great format for a one-day event. Definitely something other clubs should consider doing.
With four wins from his five games, Nick Mounfield was the eventual winner. Last year’s winner, Bryan Harral, finished second on four wins from six games.
After managing three peels on two prior occasions (without successfully pegging out), Nick finally completed the day’s only triple peel (straight) in his final game. Anyone who thinks the 14-point format doesn’t lend itself to peeling turns should think again.