Letchworth Garden City Croquet Club was founded in 1987 by a small group of enthusiasts and with the help of the (then) corporation were  provided with a venue for their activities on the site of the old Spirella  tennis courts adjacent to Willian Way.
After much work on the playing surface, including using the ancient heavy roller left behind after the demise of the Spirella Sports Ground two nearly full-sized croquet lawns were created and the club members set about learning the finer points of the game with plenty of assistance from the East Anglian Croquet Association.
Very surprisingly, after only two years the club won the Longman Cup, the premier national handicap competition; something that the majority of croquet clubs never achieve! 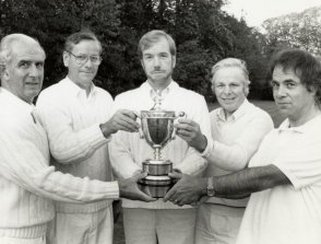 Over the years the club grew and prospered with several members joining the Summer tour of croquet tournaments around the British Isles and often bringing back silverware demonstrating their successes. 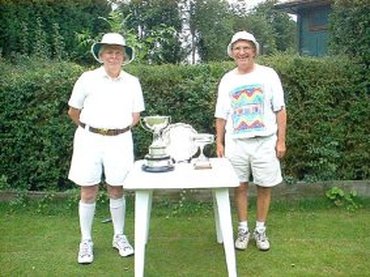 David Tutt and George Woolhouse with some of their trophies 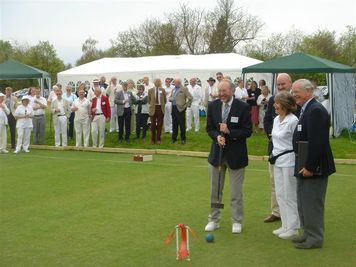 Letchworth Croquet Club moved to Muddy Lane to become part of Letchworth Sports and Tennis Club in Spring 2006.
A special event was held with lunch and AC and GC tournaments. Dr Ian Vincent, Chairman of the Croquet Association, officially opened the lawns by running the first hoop.