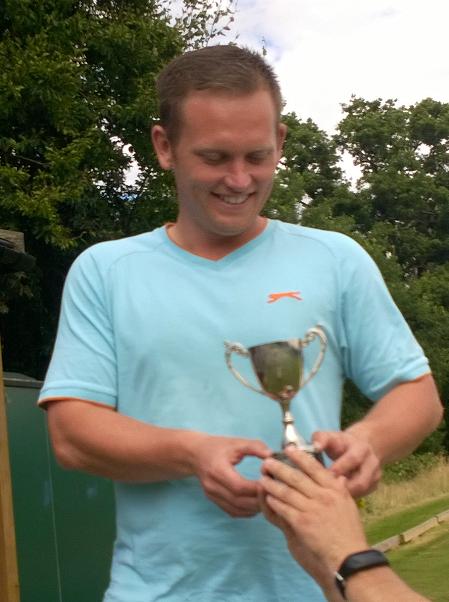 This year’s field was perhaps the strongest yet with seven of the nine players having handicaps of scratch or below. Jack Wicks (having recently earned a handicap reduction to -2) proved to be the star of the show, maintaining a 100% record with six wins from his six games. The first of which being a sub-40 minutes sixth turn TP against Nick Mounfield, who won his next seven games to finish in second place.

Friendly GC Doubles match v Leighton Linslade 4th September.
The Letchworth team had a most enjoyable day but never fully mastered the idiosyncrasies of the lawns and were defeated by the home team's skills. 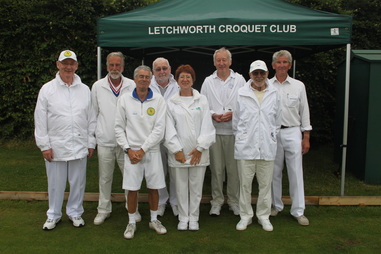 ﻿﻿Letchworth Reds drew 9-9 with Enfield (E)﻿﻿ when they played at home on 13th July. The day progressed with many ups and downs and, as the final whistle blew, Enfield were poised to win the match. However the final game was a draw at full time and a deciding hoop had to be played. Despite having no bisques to draw on Graham held his nerve and won the game against an intense Tony Elliott (4), making the final score for the day a draw at 9 games each.
Croquet Association GC Successes
Congratulations to the following members who will progress to the next stage in their competitions.
Grass Roots - Lynn Wood   Centre Stage - Colin Gregory    All England - Colin Gregory

Nick Mounfield saw off all opposition to win the GC Level Play Tournament played at Letchworth on 13th June. Coming top of his group in the block stage and beating John Noble 7-4 in his semi-final, Nick went on to beat Paul Gunn in the final 7-4.
On 12th June there were three Letchworth players, Tracy Martin, Peter Aspinall and John Noble, in the semi-finals of the GC Handicap Tournament held here.  Peter won through to the final but was beaten by Stephen Thornton 10-7 in a 19 point game. 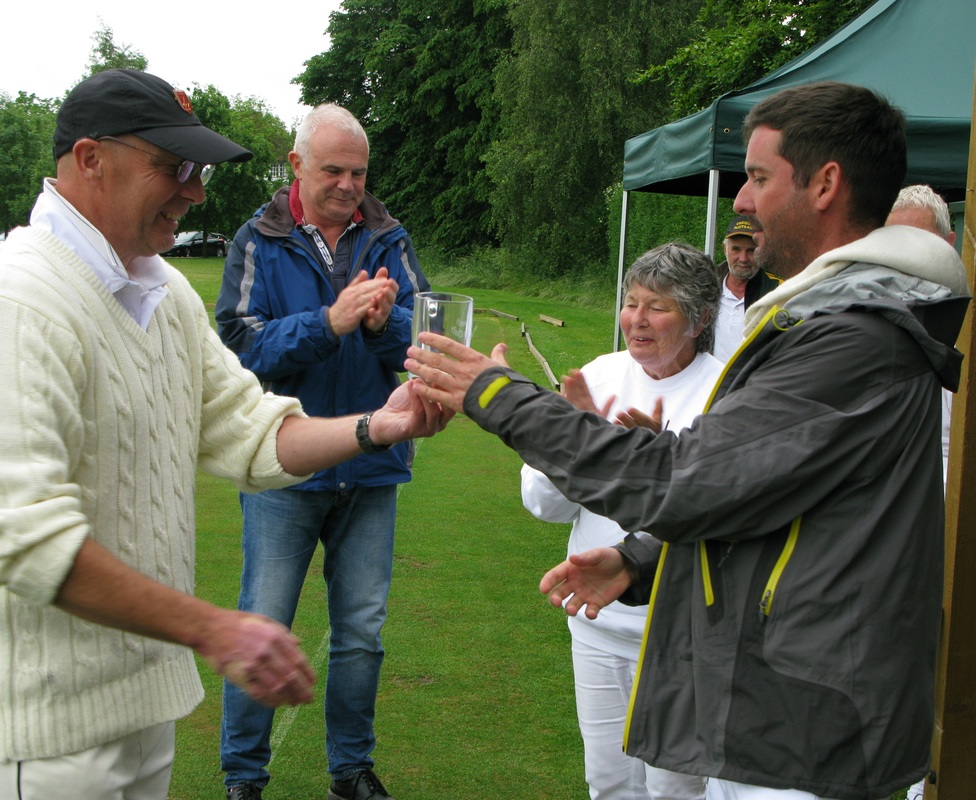 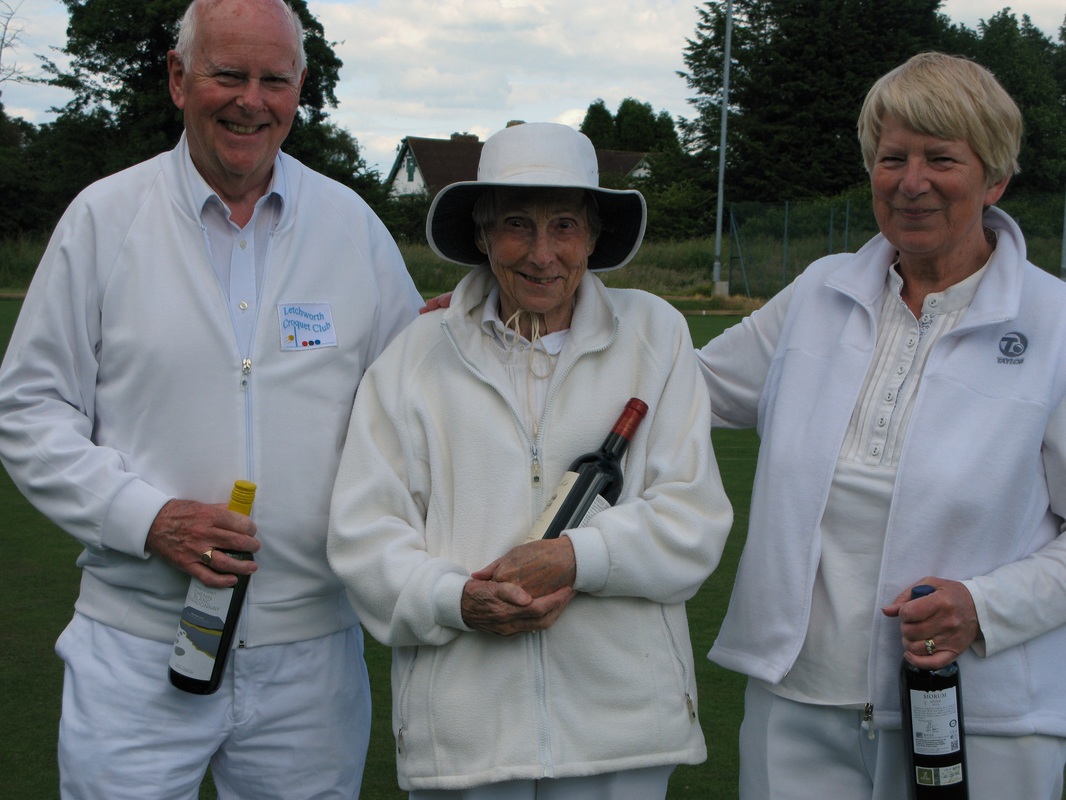 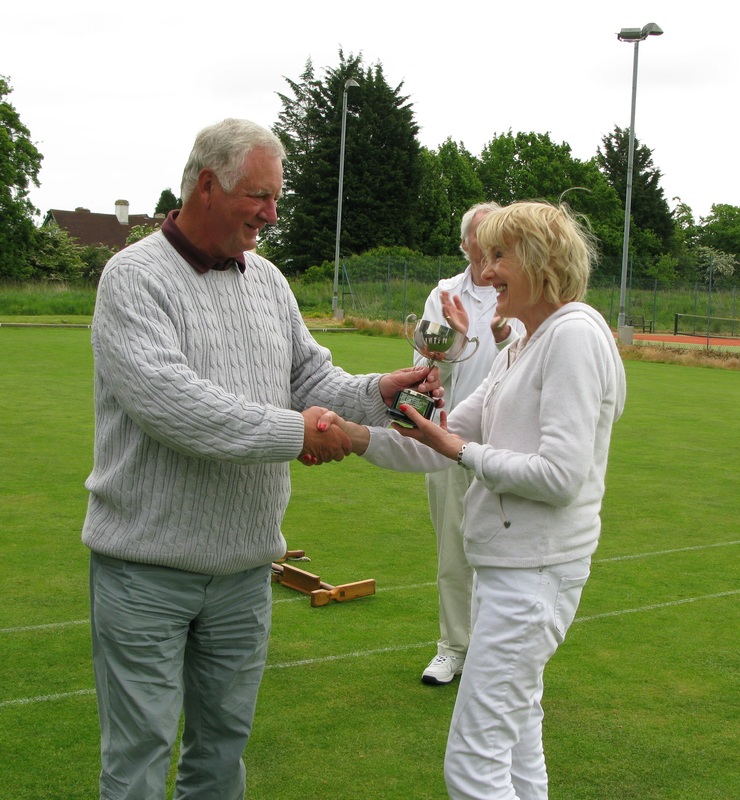 Congratulations to Sue Bathmaker who won the Edward Martin Cup and to David Russell who was also in the Final.  John Alabaster and Tracy Martin won the Consolation Doubles

John Andrews from Ipswich won the ﻿﻿CA AC Handicap Tournament held on 13-14 May. ﻿﻿  Both he and Jordan Waters won 4 of their 5 games, but John took the trophy as he had beaten Jordan in one of the earlier rounds.   Heather Bennett found the awful weather on Thursday not to her liking, but Peter Aspinall fared rather better, finishing with a stunning game to achieve his CA Bronze Medal, so our congratulations go to him.

Success despite the storms at GC May Fun Doubles
Sheila Rhodes, Jackie Gough and Anne Barrance tied for first place with the highest individual scores while Paul Martin was awarded a consolation prize!
The afternoon provided every sort of weather including thunder, lightning, downpours and sunshine but we managed to complete the schedule and finish most of the cakes.

First GC Handicap League match results in a win 11-7 for the Blues versus the Reds
Success at Soham
Congratulations to Club members Duncan Hector and Peter Whiting, who represented Herts at the Inter County Golf Croquet tournament held indoors at Soham and were the winners.